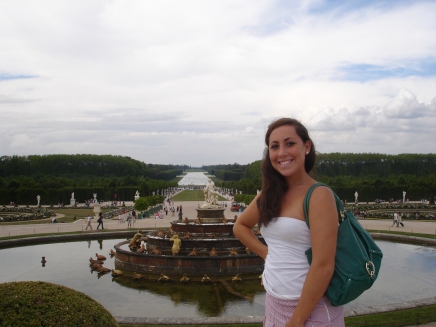 When do we as adults have to take for Responsibility for our actions. It Is the Masters weekend in golf. Should we blame Tiger Woods breakdown in golf and this marriage on slavery or the remnants of Jim Crow bigotry. Should we blame Donald Trump’s mean spirited tweets and overt narcissism on a father who didn’t love him enough. Mark Zuckerberg CEO of Facebook said “I run Facebook and I take responsibility for the mistakes we made”.

Since the days of Aristotle there have been many but really only two major schools of thought that describe how we should be responsible for our actions. The traditional conservative and liberal political school of thought extol the virtue of Nation States, religion, and not giving too much personal freedom to the general population because they are viewed as not having the intellectual or emotional willpower to behave in a morally upright fashion. The more libertarian position focuses on laissez faire (let it be) personal freedom. They suggest not  succumbing to  the dictators and religious demagogues that believe that the general population is too stupid or that human beings are too morally corrupt to have a say in what they be live to be important. This is an age old conundrum that dates back not just centuries to Alexander Hamilton and when we  formed the United States government but to the cave man days of tribal man. Freedom of choice took a step forward in the Western civilization when we decided we would not return to the despotic rule of kings, queens, and dictators. Religious and plolitical choice has done well for the United States. Despite ongoing daily struggles it has produced incredible advance in civilization.

The speed of that change buddha JC versus Google etc. more later

This is such a fundamental question that it really transcends almost all other questions can we as human beings determine our own destiny as a group or do we need a platform for politicians religious demagogues or other “Father figures” to perpetually tell us as children what we need to do with our lives and how much we should give to Caesar , Jesus, Mohammad, or Donald Trump. Jesus wisely said give unto Caesar what is Caesar’s and unto God what is God’s.

Why does looking at the cupola over Meadow mill and the beautiful architecture of it and really at the fire museum the way they designed in 18 fifties the old fire trucks. Why does that architecture relax me create a tension within my mind and make me feel good. My brain can’t know that I have some type of European ancestry that would make me appreciate this it is literally physiological response of happiness to see this type of architecture and I enjoy looking at it and thinking about it and relaxing in appreciating the aesthetic beauty. My question is why does this type of architecture of   17th and 18th century artistry appeal to me. I am going to ask some people and talk about it and try to understand better why I like it so instinctively.